In the last article, we spoke about what constipation is, symptoms, causes, what potential issues are associated with constipation, and some homemade natural remedies that work. At the end of the article I mentioned that the next article (this one) would explain how constipation and other digestive issues can negatively impact your weight loss progress.
As I explained in the last post, constipation is usually an occasional digestive issue that many people get, however, it can be serious in certain cases. Constipation can also be an indicator of another major underlying digestive issue such as irritable bowel syndrome or digestive system injury.

How can constipation affect weight loss?

To understand how constipation affects weight loss, we must understand what happens inside our bodies when we get constipated. When we get constipated, the body faces a problem with removing the stuck toxins in our gastrointestinal tracts. Those toxins remain in the GI tract longer than they should and this causes the intestines to try to reabsorb any nutrients in stools and your body works very hard to push those toxins outside your GI tract through the rectum as fast as possible. Keep this idea in mind because you will need it to understand the rest of the article. When those toxins remain in the intestines, the following physiological reactions occur: 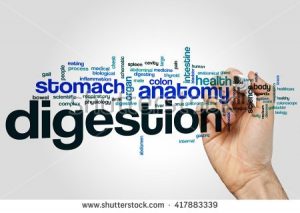 When someone gets constipated, their body perceives that as being under stress, biological stress that is. Consequently, the body works over time to remove stools from the intestines as I mentioned, however, another problem arises and that is; poor digestion. Since the body focuses on removing the stuck toxins, it dedicates less time and energy to properly digest the food you eat, which can lead to further constipation due to poor digestion. Moreover, consumed food also gets digested slower than usual due to lack of energy, which makes food stay in the stomach longer that it should and thus the remnants don’t get carried away to the intestines as fast as they should. This effect of poor and slow digestion leads to the following; 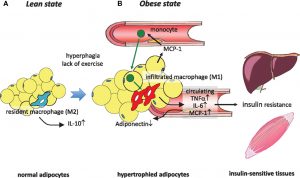 Inflammation, ahhh, even the word doesn’t sound or look pretty. Constipation already causes inflammation levels to rise due to having potentially harmful toxins (stool) in the GI tract, added stress on digestive tract and potential injuries or “leaks” in the intestinal walls. However, add to this the fact that constipation causes poor digestion of food and you have a two for one deal! Inflammation levels increase even more due to additional stress caused by poor and slow digestion that also lead to improper transfer of food remnants to GI tract. And when food waste is finally carried to the intestines, you get what I like to call a “$hit overload”! Literally, your body now has an overload of crap in the intestines to remove, which also leads to further constipation and inflammation, it’s a vicious cycle. That’s why it’s a good idea to drink a lot of liquids and eat less raw foods when constipated, temporarily at least. So how does inflammation affect weight loss? Simple, inflammation affects insulin sensitivity and cause you to become insulin resistant. If you don’t know what insulin sensitivity is, it is basically how efficient your insulin levels at partitioning nutrients to different cells, such as muscle cells and fat cells. Think of insulin as the nutrients messenger, it takes those messages (nutrients) from the blood stream and distributes them to many recipients, some are muscle cells and some are fat cells. When you are insulin resistant, it means that your body releases too much insulin to remove nutrients from your blood stream and shuttle them away. This excess of insulin causes insulin receptors in your different cells to become resistant to its effects/stimulation and thus, they refuse to “open up” to insulin when it knocks on their door. Think of that one annoying neighbor who knocks on your door every 5 minutes, after a while you just won’t open the door for him as much! It is crucial to point that mild occasional constipation causes an inflammatory response, but it’s not serious and you shouldn’t worry. The concern is mainly with chronic constipation (when left untreated) and other digestive system issues such as IBS and leaky gut because those conditions can cause inflammation levels to rise drastically and eventually cause chronic inflammation. With this in mind, let’s examine the next consequence. 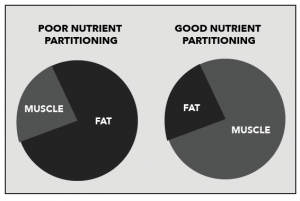 Nutrient partitioning is the process of insulin distributing or partitioning nutrients absorbed from consumed food. Depending on age, sex, hormonal levels, inflammation levels, lifestyle and many other variables, the level of nutrient partitioning efficiency varies from an individual to another. For instance, people who are naturally muscular or lean usually have bodies that are very efficient at favorably shuttling nutrients to muscle cells and less to fat cells, and the opposite goes for overweight individuals. With that in mind, nutrient partitioning now faces two problems when someone has constipation or another digestive issue; high inflammation level and poor digestion. Poor digestion of food leads to poor absorption of nutrients and thus less nutrients available for your precious body to use. So, now your body is not absorbing nutrients properly from food and insulin has less nutrients to shuttle away. Naturally, some of the nutrient will go to muscle cells and some will go to fat cells, but the ratio varies like I mentioned. Anyway, since now your body has LESS nutrients to benefit from, your lean tissue cells will also have LESS nutrients available to use which can cause incomplete repair of skeletal tissue and thus less muscle gains. Also, since your body is still more focused on solving your digestive problem ASAP less energy will be dedicated to shuttling nutrients away which causes even poorer nutrient partitioning. And then high inflammation comes and adds the cherry on the top! Like we said, inflammation can cause poor insulin sensitivity and guess what will happen as a result? POOR nutrient partitioning! So, now your body’s ability to partition nutrients efficiently has taken a major dip because of an evil triple attack. Now here is the big problem; overweight individuals usually have chronic inflammation levels and poor nutrient partitioning, so these digestive issues only add to the problem. Overweight individuals poor nutrient partitioning makes their body shuttles more nutrient to fat cells than lean tissue cells which contributes to further accumulation of fat. Even if those individuals eat at caloric maintenance and don’t see their weight going up, unfavorable changes in body composition still occur and their bodies store more fat and build less muscles (if any). Now you see where I am going with this. The story doesn’t end here, let’s continue.

Since your body has a crap load of stools, inflammation and inefficient insulin sensitivity to deal with, your body is now under even more stress and works hard to solve all those problems. More specifically, the intestines are now under a great deal of stress levels which causes the colon muscles to not contract properly and the intestines to not absorb nutrients from passing food efficiently. GI stress can contribute to lack of nutrient absorption and prolonged stress on the gastrointestinal tract could lead to a leaky gut (intestinal permeability) which could allow stools, harmful bacteria and processed food particles to escape the intestines through the intestinal walls and into the blood stream spreading throughout the body and affecting almost every part in your body. A leaky gut can lead to skin problems (acne, eczema), adrenal fatigue due to too much cortisol being released to fight inflammation, thyroid and mental issues, food sensitivities and even constipation. This study examines the link between intestinal inflammation, insulin resistance and obesity, check it out if you would like. In a nutshell, prolonged constipation could lead to intestinal inflammation and even intestinal permeability which would significantly increase inflammation levels as well leading to insulin resistance and thus unfavorable nutrient partitioning. 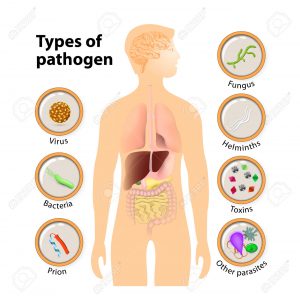 With increased inflammation levels and intestinal inflammation -and possibly permeability- the ability of your intestines to absorb water and nutrients from food goes haywire. To top things off, the intestines reabsorb toxins from stools to get rid of those unwanted substances. If you have intestinal permeability, things will be worse for you because those toxins will spread throughout your body and make your body go bananas! This phenomenon could affect your immune system who is trying very hard to fight all those harmful substances and your adrenal glands since they will be producing high amounts of epinephrine (adrenaline) and stress hormones, such as cortisol to keep you alive and functioning.

Finally, as your body is dealing with all the aforementioned problems, your body’s energy distribution also goes haywire. Your body will dedicate most of its energy towards removing stools, fighting inflammation and harmful substances, optimizing food digestion once again, repairing itself and other daily bodily functions. Redistribution of available energy this way means that your body has less energy and is less dedicated on shuttling away nutrients properly because it simply doesn’t see it as priority with all the dangers your body is under. This will ultimately cause your body to partition nutrients wherever it can just to remove them from the blood stream, however, it won’t focus on transporting majority of those nutrients to favorable cells such as skeletal tissue. In essence, fat cells MAY get most of the nutrients.

The only solution would be to ideally prevent getting constipation to begin with, but since occasional constipation is normal and happens to everyone, you will be fine. But try to relieve your constipation as fast as possible to alleviate any potential unnecessary stress on your body. This will restore your body’s ability to function properly faster and save the day before prolonged constipation leads to any of the issues mentioned in this article.
Bottom line
The bottom line is constipation CAN affect your body composition through increasing inflammation levels which could then lead to insulin resistance. Insulin resistance will cause your body to not be able to partition nutrient favorably to non-fat cells, moreover, your body will transport most of the nutrients to fat cells causing you to gain fat. Relive your constipation ASAP, don’t let it escalate to a bigger problem such as intestinal permeability and save yourself the hassle. And remember that constipation affects weight loss progress when neglected.
As usual, any questions or comments are always welcome! Just drop your comments in the comments section below. Happy holiday! Stay un-constipated 😉
References
Haiyan Xu, G. T. (2003, December 15). Chronic inflammation in fat plays a crucial role in the development of obesity-related insulin resistance. Retrieved from Journal of clinical investigation: http://www.jci.org/articles/view/19451
Jean-Philippe Bastard, M. M. (2006, March ). Recent advances in the relationship between obesity, inflammation, and insulin resistance. Retrieved from jle.com: http://www.jle.com/download/ecn-268297-recent_advances_in_the_relationship_between_obesity_inflammation_and_insulin_resistance–WFDL2n8AAQEAAEUMMWsAAAAQ-a.pdf
Shengli Ding, P. a. (2013, May 10). Role of intestinal inflammation as an early event in obesity and insulin resistance. Retrieved from US National Library of Medicine : https://www.ncbi.nlm.nih.gov/pmc/articles/PMC3650896/
Steven E. Shoelson, J. L. (2006, July 3). Inflammation and insulin resistance. Retrieved from US National Library of Medicine : https://www.ncbi.nlm.nih.gov/pmc/articles/PMC1483173/
Thomas H. Frazier, J. K. (2011, August 1). Gut Microbiota, Intestinal Permeability, Obesity-Induced Inflammation, and Liver Injury. Retrieved from Journal of Parenteral and Enteral Nutrition: http://www.immuron.com/assets/Uploads/Gut-microbiome-and-NASH.PDF