If I had a dollar for every time someone asked me what I think of a certain supplement, I would be rich as f*ck. I would be living like a king in a mansion in California. Let me put my dreams and aspirations aside. The supplements industry is one of the biggest industries in the world. Unsurprisingly, new supplements make their way into the market every…single…day! However, 95% of supplements are either completely worthless or have little-to-no research to back them up. Without further ado, let’s go over the top 4 useless supplements currently on the market. 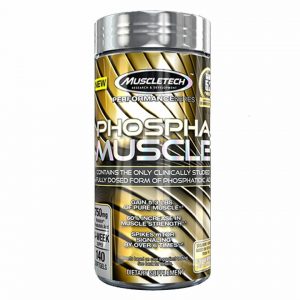 Phosphatidic acid made its way into the industry a few years ago. Those who swear by phosphatidic acid started citing a single study that demonstrates the effects of P.A. on strength and LBM gains as well as mTor signaling. The study by Hoffman et al. (2012) concluded that P.A. has a favorable effect on lean body mass and strength gains due to its effectiveness at stimulating mTor. With that said, I smell tons of horseshit here.
Two of the study authors, Martin Purpura and Ralf Jäger have competing interesting. They were both named as inventors on pending patents by Chemi Nutra. Their sponsor, Increnovo LLC, holds patent # US 2012141448: Method For Increasing Muscle Mass and Strength, which unsurprisingly involves the administration of phosphatidic acid to “aging, bedridden or cachectic patients to improve nitrogen balance” (quoted directly from Increnovo LLC). The patent is licensed to Chemi Nutra. I think you could see where this is heading. The phosphatidic acid group got their P.A. from Mediator™, which is a supplement made by Chemi Nutra (White Bear Lake, MN), what a coincidence!
So, not only do two of the study’s authors have strong competing interests with the objective of the study, but the patent holder also suggests oral administration of P.A. to “aging, bedridden or cachectic patients to improve nitrogen balance”. How does this relate to healthy exercising subjects? I’ll let you do some critical thinking. Even if P.A. does increase nitrogen balance in aging, bedridden or cachectic patients, we can’t determine that the same will happen in healthy exercising subjects. Moreover, an increase in nitrogen balance will not necessarily yield more muscle mass (or any significant amount that is).
Other flaws in that study:

Another study that examined the results of phosphatidic acid on LBM, strength gains and muscle thickness was conducted by Escalante et al. (2016). The study recorded similar observations to the aforementioned study. However, once again, the authors had strong competing interests with the objectives of the study. I am not going over this study, but you can check it out here if you want.
Here is another study that didn’t record any significant differences in strength or lean mass gains between P.A. and placebo. Even though funding for the research was provided by Chemi Nutra, a P.A. supplement manufacturer, the researchers didn’t have any competing interests. The results aren’t surprising.
Final verdict: P.A. is bullshit. Don’t waste your money. 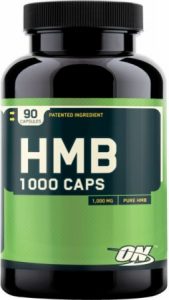 HMB is often called “the best natural anabolic supplement ever”. Little do consumers know, “supplements spiking” is a common practice among supplements manufacturers that aims to spread the word about their products. Spiking is the practice of adding illegal anabolic steroids to seemingly natural products in order to boost their effectiveness and reputation. Spiking is most common among new manufacturers who want to rapidly get lots of exposure. Why am I mentioning this? Because a heavy-spiking scheme involved a popular HMB product a few years ago. That incident is one of the reasons why HMB products gained so much popularity among fitness enthusiasts. Not coincidentally, everyone started praising HMB products and sales increased significantly.
As far as evidence goes, most studies that allegedly back up HMB are either majorly flawed or were funded by HMB products’ manufacturers. For example, a study by Lowery et al. (2013) reported better strength and muscle gains than steroids users. Yea, sure. Perhaps HMB is as good as steroids, if not better. Many other decent HMB studies that have no competing interests reported no differences in muscle mass or strength when compared to placebo groups. Such as this study, this, and this.
Fortunately, many of the top experts in the industry have responded to Lowery’s claims in this paper.
Final verdict: HMB is complete and utter bullshit. Don’t bother. 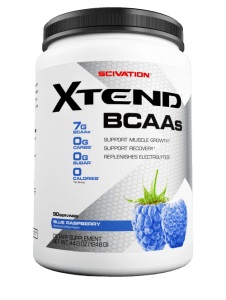 Branched Chain Amino Acids, or BCAA’s for short has been one of the most controversial supplements in the fitness industry. Some fitness enthusiasts swear by them and others feel like they are a complete waste.  Those who swear by BCAA’s usually support their opinion by emphasizing how important amino acids are for recovery since they are the building blocks of protein. They often bring up leucine’s ability to stimulate mTor as well, which as you should know by now, starts the process of protein synthesis. Well, both crowds aren’t wrong. Leucine, in sufficient quantities, does stimulate mTor and thus protein synthesis. With that said, as in the case with phosphatidic acid, once mTor is stimulated, it cannot be stimulated any further. Think of a light switch; it’s either on or off! Therefore, if you consume adequate amounts of protein per day and time your protein intake properly, you should be able to stimulate mTor successfully and frequently without the need to supplement with additional leucine or BCAA’s (Leucine, Valine, and Iso-Leucine). Which means you will be wasting your money.
Many trainees like ingesting their BCAA’s prior to doing fasted training. Theoretically, stimulating protein synthesis with BCAA’s help would allow those people to perform their training sessions without being in a catabolic state. While this sounds good on paper, a new study suggests the opposite. Since BCAA’s contain only 3 amino acids and lack the rest of the amino acids, especially essential amino acids, stimulating protein synthesis will happen on the expense of some muscle breakdown! Huh? Confused. In other words, the rest of the essential amino acids must come from somewhere to start the repair process in whatever muscle you hit, thus your body will breakdown some protein from another muscle to compensate for the lack of EAA’s. Simply put, you’ll be breaking down your traps to repair your quads!
In fact, an earlier study reported something similar. This study reported that while BCAA’s (specifically Leucine) were shown to stimulate muscle synthesis systems, they weren’t enough to maximally repair the broken-down tissue due to the absence of the other essential amino acids.
Final Verdict: Garbage. Potentially counterproductive. 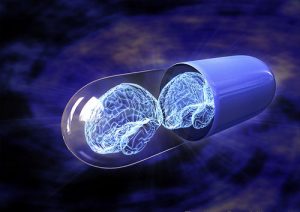 Frankly, nootropics are the best supplements on this list. Let me start off by stating that SOME nootropics do, in fact, work; however, most don’t. Most nootropics are filled with stimulants such as caffeine, DMAA, and/or synephrine. Thanks to the cognitive enhancing effects of those stimulants, the user often reports feeling “wired” and focused when it’s just the stimulants doing the job. Very few nootropics like adrafinil, modafinil, racetams (piracetam, aniracetam, and oxiracetam), and ashwaghanda are effective. To save you the hassle, here is a good list of effective nootropics:

Final Verdict: Some are effective, most aren’t.

When it comes to supplements, there is often 2 opposing crowds; 1) People who feel like they need supplements. 2) People who demonize supplements in their entirety. Frankly, both crowds’ mentalities are too extreme. Some supplements DO work and can give you a physical and mental boost, which will in turn help you progress faster. However, supplements are NOT necessary. They are just “supplements”. In other words, they supplement your training and diet programs. Therefore, invest wisely, and don’t waste your money on any hyped-up supplement without doing your research first.