In the first segment of this mini-series, we’ve looked at different training variables and how each should manipulated as you move from one training stage to another. Those variables are intensity, volume, and frequency. We’ve looked at why beginners, intermediate, and advanced lifters should train differently if they’re after optimal progress. Another question that often poses itself is; how should I train while bulking/cutting? Should I even train any differently? Well, as usual, we have one side that says you should train the exact same and another that claims you should train differently. So, who is right? Who is wrong? Let’s find out. 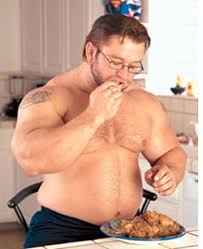 As most of you know already, the aim of a bulking phase is to put on as much muscle as possible. If you’ve read my diet plan designing guide, you should also know that to maximize muscle building endeavors, one should consume a caloric surplus. This is not to say that a person can’t gain muscle while losing fat. It’s certainly possible. However, it is not as efficient as bulking and cutting. During a bulking phase, a person will typical consume a surplus of calories and an adequate amount of protein. This, in turn, improves the body’s recovery systems, accelerates muscle protein synthesis, and puts that person in anabolic state in which the process of building muscle is somewhat easy. This is because the body now has an abundance of energy, protein, and nutrients which are all prerequisites to build muscle efficiently.
Given the above facts, I highly suggest lifters to ramp up their training during their bulking phases. The caloric surplus will not only improve your recovery, it’ll also improve your work capacity. Thus, putting that work capacity to use will allow you to train harder without hindering recovery. Moreover, by training harder and taking advantage of the body’s highly anabolic environment during that phase will maximize muscle protein synthesis.

So, how should I train?

Frankly, there is no “specific” way you must train during a bulking phase. This is because you can train harder by manipulating any of the 3 training variables. However, here are some general recommendations.
Volume
As stated in the previous article, volume affects hypertrophy the most. Meaning, the more volume you accumulate, the more muscle you build. Granted, you can recover from that amount of volume. Since the body is primed to store energy in the form of muscle and/or fat during a bulking phase, we should advantage of this by training more. Don’t forget that your body’s recovery systems will work much better during a bulking phase. Thus, it makes sense to ramp up your volume. However, be careful of overuse injuries. What good is being in a bulking phase when you can’t train?
Frequency
For natural lifters, frequency plays a significant role in increasing strength and maximizing muscle building endeavors. Logically, the more often you do something, the better you get at it. In my experience, training body parts very frequently (up to 7 times per week) increased my strength significantly. However, I didn’t notice much in terms of hypertrophy between training a muscle 2-3 times per week and training it 7 times per week. This seems to be consistent with the research on training frequency. Also, I noticed that the more often I trained certain body parts, the more susceptible I as to overuse injuries. Not fun. So, I personally stay away from super high frequency training. With that said, it’s always best to factor-in individual differences. So, if you notice that you make much more progress by training very frequently, then do so. The point is, find what works best for YOU.
Intensity
In my opinion, intensity should remain moderate to high most of the time. Unless you have some injuries or medical problems that prevent you from lifting heavy loads, then you should maintain high intensity during all your training stages. Another exception would be during de-load week. If you prefer de-loading by decreasing intensity, then be my guest. With that said, during a bulking phase, your body performs significantly better. Take advantage of this by keeping your training intensity as high as possible without getting injured. Training with maximal loads has been shows to promote strength increases the most. Additionally, lifting heavy loads activates more muscle fibers than lifting lighter weights. 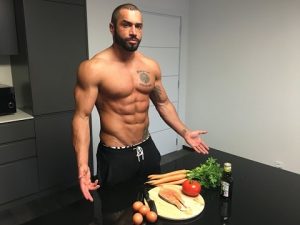 Have you made it this far into this article? Good. Now, take everything you’ve read above and do the opposite when you’re cutting. During a cutting phase, your body aims to conserve as much energy as possible (stored body fat) to protect you from starving to death. Our bodies conserve energy through various mechanisms including: slowing down metabolic rate, dedicating less energy to most bodily functions, and decreasing energy levels. That’s why you feel sluggish, hungry, and irritable while cutting. Consequently, the body’s recovery systems do not work as efficiently as in a surplus and it becomes harder to recover from training. Also, muscle protein synthesis rate decreases, and a catabolic state takes over the body where lean tissue is an easy target. So, how should you manipulate training variables during a cutting phase?
Volume
As stated above, the more volume you accumulate, the more possible you build, up to a certain point. Granted you can recover from that much volume! This statement is the key. Since cutting wreaks havoc on recovery systems, it would be counterproductive to do as much volume as if you were bulking. This is not to say that doing high volume during cutting won’t work. Absolutely not. I have personally cut successfully on an insane amount of volume. However, do too much and you will be under-recovering. And if you under-recover, you will lose strength and precious lean tissue. So, keep volume within a reasonable range that allows you to make progress.
Also, if you’re anything like me, I don’t like wasting my time. So, if doing too much volume during a cut won’t yield better results for me, I will refrain from doing so. Why would I want to spend more time in the gym than I need to? Doesn’t make any sense to me. I have other things to take care of outside the gym.
Frequency
In my opinion, lifters should train more frequently during a cut. Wait, but doesn’t this go against what I just said above? Not really. I suggested keeping volume within a reasonable range that you can recover from. However, doing all your weekly volume for a body part in one session (as in bro-splits) will often result in your body not being able to recover properly. This is because you’ve obliterated that muscle with an absurd amount of volume in one session. However, if we divide that same amount of volume over 2-4 sessions, I guarantee that your body will recover properly from each session.
Example: Let’s take two different guys in a cutting phase. One guy does 20 sets for chest in one session. The other guy also does 20 sets per week for his chest, but over 4 days. During each day, he performs 5 sets for his chest. Which one do you think will be able to recover better and faster from his training session? Given that recovery systems are not working as efficiently as they should be.
The answer is the second lifter will recover better. Also, he’ll be able to maintain more of his muscle mass due to spiking his muscle protein synthesis 4 times per week as opposed to the first guy who only does so once per week. The second lifter will also increase his strength levels faster, guaranteed.
Intensity
As stated in a different article, In fact, keeping the intensity high during cutting has been proven effective for preserving muscle mass, despite not doing so much volume; 1) Adequate protein intake. 2) Muscle stimulus. If you fail to do those two things, your chance of losing muscle tissue increases. Heavy loads provide a strong-enough stimulus to tell your body to keep that muscle. Otherwise, what’s the purpose of keeping seemingly useless energy-consuming tissue during an energy-depleted state? Thus, keep the intensity high and lift as heavy as usual. In fact, keeping the intensity high during cutting has been proven effective for preserving muscle mass, despite not doing so much volume.

Even though training doesn’t change much during bulking and cutting phases, manipulating certain training variables could help you feel better, maximize progress, and save time. During a bulking phase, all bodily functions perform optimally. Thus, advantage of that by increasing volume and eating enough. However, the exact opposite happens during a cut. Recovery systems do not work as good as usual, your energy levels suffer, and existing sucks. Thus, decrease your volume a bit, divide your weekly volume over multiple session (increase frequency), and keep the intensity high. This should help maintain your muscle mass, if not build some more, and maximize fat loss without feeling too crappy or wasting your time. No need for a “16-week cutting program” that holds the secret to getting a six pack or any of that nonsense. Keep it simple and train hard.