“Your estrogen levels must be high!” sounds familiar? If so, you’re not the only person who has heard similar statements before. Estrogen is one of the most demonized hormones in fitness circles. This may seem common among men. However, this myth is so widespread that some women are starting to believe it too! When a man feels moody, retains some extra water weight, gains body fat, suffers from erectile dysfunction, or can’t build muscle fast, he quickly blames estrogen. Seriously, what the f*ck is going on with this blame estrogen bullshit? Before we dig deep into this topic, let’s identify some basics. 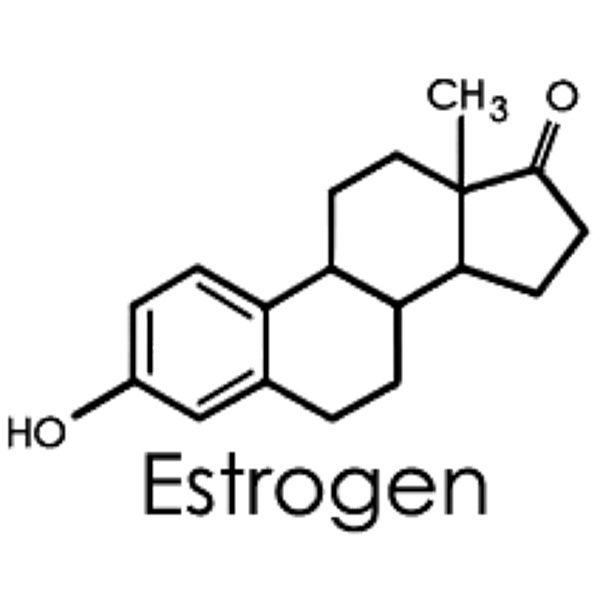 The truth is estrogen is a vague term. Estrogens are a group of hormones responsible for the development and maintenance of female characteristics. Meaning, they are what make females what they are. Those hormones are responsible for puberty, ovulation, pregnancy, sex organs development…etc. Estrogens could be divided into 4 hormones: estrone (E1), estradiol (E2), estriol (E3), and estetrol (E4). So, which one of those is “estrogen”? When people use that term, they’re unknowingly referring to estradiol (e2). Estradiol is the most power estrogen. With that said, females produce testosterone as well, but not as much as men do. Optimal estrogen levels are crucial to a woman’s health, hence why postmenopausal women are at such high risk of certain diseases specially osteoporosis, sexual dysfunction, and heart disease. 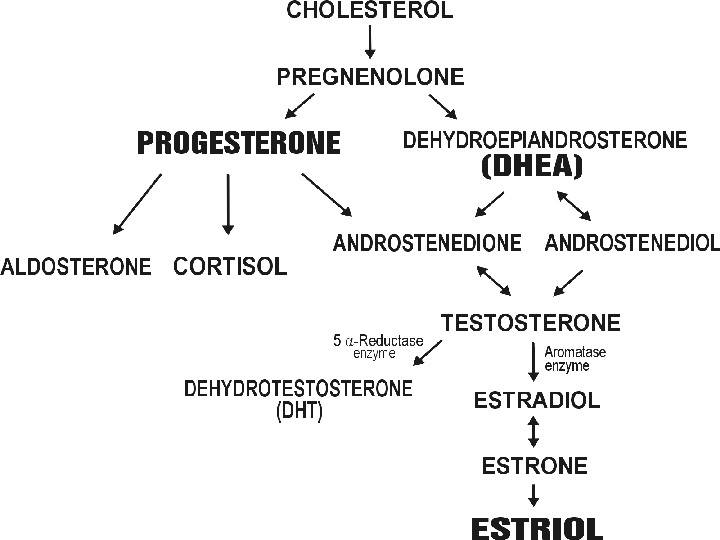 The primary sex hormone in men is testosterone. Testosterone is what makes men what they are. Testosterone is primarily responsible for libido, muscle mass, body fat levels…etc. Therefore, men with low testosterone often suffer from depression, anxiety, lackluster muscle gains, high body fat levels, and low sex drive. However, men have estrogen too! In fact, what matters most is the ratio of testosterone to estrogen. If this ratio is not optimized, a man’s health will be sub-optimal. If estrogen is higher or lower than it should be, a man will most likely suffer from the same symptoms associated with low testosterone.
Knocking down estrogen “just because” is guaranteed to not only impact your health but will also hinder your muscle gains and make you more susceptible to injuries and some diseases (Cardiac). In men, estrogen is primarily produced through the conversion of excess testosterone to estradiol. This process is called aromatization. An optimal ratio of testosterone to estrogen is important for bone, heart, sexual, cognitive, and prostate health. While most men are too concerned with having high testosterone levels, having optimal estradiol levels should be of the same importance.
In addition to anecdotal evidence, there is an abundance of scientific evidence pointing to the dangers of having sub-optimal estrogen levels in men. Having low estradiol levels could make you more susceptible to bone fractures, osteoporosis, erectile dysfunction, strokes, hearth disease, and high cholesterol!
In 2009, Jankowska et al. measured estradiol levels of over 500 men suffering from chronic heart disease. The researchers found that the low estradiol (E2) group was 317% more likely to pass away in the next following years compared to the group with optimal ratio of testosterone to E2. Although less than the low E2 group, the researchers found that the high E2 group was 133% more likely to pass away. Thus, a proper balance is fundamental.
Ohlsson et al. (2009) investigated the relationship between estradiol and bone health in males. The researchers concluded that although testosterone is important to males’ bone health, estradiol also plays a key role in bone maturation and maintenance through puberty and adult years.
Sudhiar et al. (1999) looked at estrogens’ effects on cardiovascular health in men. The researchers concluded that estrogens play a significant role in cardiovascular health. They also mentioned that “at least some of the gender differences in cardiovascular risk are likely to be related to differing levels of circulating estrogen levels between men and women”.
I think you got the idea by now. If you were to remember anything from this article, remember that a healthy ratio is what you should be looking at first. That’s if you’re symptomatic to begin with. 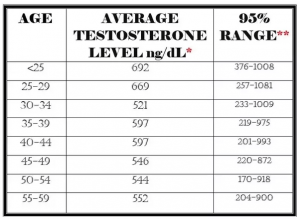 In men, testosterone levels are directly related to estrogen levels. This is due to the fact that estradiol is made by converting excess testosterone to e2. So, what if you significantly increase your testosterone levels such as the case with anabolic steroids? The wrong answer is that your testosterone levels will skyrocket, and your estradiol levels will remain the same. In fact, it’s quite the contrary.
Since your body doesn’t care what your aesthetic goals are, it’ll convert more of that excess testosterone to estrogen to re-establish the health ratio it had before. This is done to restore homeostasis and proper body functioning. Hence why steroid users often notice that the same dosage doesn’t elicit the same results after a few weeks, which requires them to either increase the dosage or introduce a new compound into their regimen.
Example
John is an average person who has normal average testosterone level of 600 ng/dl. He has a corresponding level of e2 at 25 ng/dl. Thus, his T to E ratio = 600/25 = 24.
John decides to take a natural testosterone booster to increase his testosterone levels a little bit. That supplement actually works and boosts his levels up. John goes to his doctor for some blood work, and while he is at it he asks his doctor to check for both his test and estrogen levels. John’s blood work comes back with the following results:
Total testosterone – 800 ng/dl. A 33% increase from baseline levels.
E2 sensitive assay (more accurate) – 33 ng/dl.
Woah! John’s E2 levels increased as well. What a surprise…not. John’s body recognized the increase in testosterone production and automatically aromatized some testosterone to estradiol to re-establish homeostasis. If you do the math, you’ll notice that it’s the same ratio. 800/33 = 24.2 ~ 24
John has been feeling great, his sex drive is phenomenal, he dropped a little bit of fat, and gained some strength. John isn’t happy with the fact that his estrogen level increased. So, he decides to visit his local supplements store to buy something to counter this “problem”. The idiot at the supplements store advises John to take an aromatase inhibitor to knock down his e2 levels and get those gains! Fast forward to 3-4 weeks on the new supplement and John isn’t feeling all that great all of a sudden. His sex drive decreased, he feels more fatigued, his joints are achy, and he can’t seem to get stronger. What’s happening? It must be f*cking estrogen, right? Wrong!
John, just like an idiot, decreased his estradiol levels way too much. He shouldn’t have fucked with them to begin with, but he did so out of ignorance. Estrogen is fundamental for sex drive, erectile function, cognitive function, recovery, and joint health. The latter is due to the fact that estradiol helps us retain a bit of water and lubricates our precious joints.
Moral of the story? Don’t fix what isn’t broken. Stay tuned for part 2.